You are viewing the archived version of the site. Go to railroadmodeling.net for the current dynamic site!
mainLinesideFigures

I'm a professional pilot with a degree in art. My first model was an AMT semi dump truck. Then Monogram's Lunar Lander right after the lunar landing. Next, Revell's 1/32 Bf-109G...cried havoc and released the dogs of modeling! My interests--if built before 1900, or after 1955, then I proba...

Copyright ©2021 text by Frederick Boucher [ JPTRR ]. Images also by copyright holder unless otherwise noted. Opinions expressed are those of the author(s) and not necessarily those of ModelGeek. All rights reserved.

HARV
Nice review Fred. Thank you. I kind of want to get a set and make a Christmas Vacation scene with Clark attacking Santa and the reindeer. 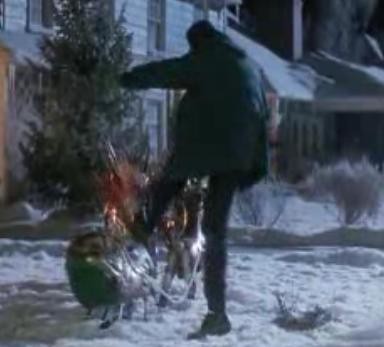 phil2015
Is there a MIG weathering set for it? Streaking grime for red vehicles, chipping effects for gold trim, snow buildup for reindeer antlers?
OCT 06, 2020 - 01:38 AM
Go to Forum Topic